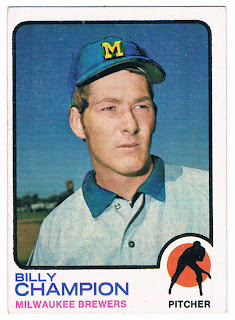 Champion became a scout for the Cubs after his retirement, and a pitching coach after that.
Posted by Chris Stufflestreet at 8:30 AM