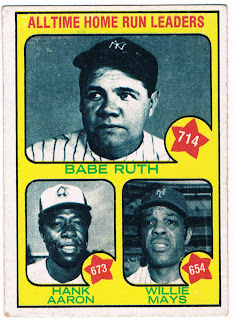 2014 will be the final year of this blog (assuming nothing bad happens to me which forces me to take an extended break). I still have quite a ways to go with the set, however, so so keep coming back to see what I've got planned. Oh, and by the way...once the cards run out, I'll have some more stuff to show. I'll also have a surprise ready as a way of saying "Thanks" for your readership. You'll have to see what that is, but I promise you'll like it.
Posted by Chris Stufflestreet at 8:30 AM 7 comments: